Recently met a guy called Vojech Hruby from Prague. When crisis hit badly he had to put some energy and creativity to build his travelling bike. He wanted something light and handy. So he came up with and idea to put three gears on his fixed gear bike and a bike rack in front on the handle bar. He put 14,15 and 16 sized cogs in the back. Switching might be not the easiest from 14 to 15 because the biggest cog serves as a lock ring for the other and you have to swich sides.  But in order to put the 16 cog you just flip the wheel around an voila. Sounds great, looks good and no gear switches or heavy hubs needed.

But the Bike rack in front called my attention even more. I already tested it on a bike trip around Latvia and it works perfect. Super easy to make and very handy to use for anything. On our trip we used just two bamboo sticks with tighteners and put a tent with two sleeping bags easy.  That’s it and it costs less than a dollar. 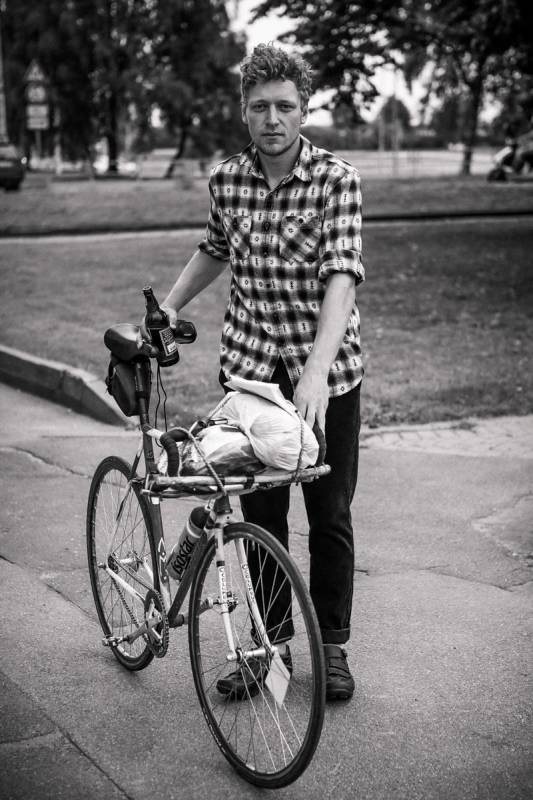 Words By Vojtech Below

Vojtech: “We are four guys, David, Franta, Štěpán, and me. Some years ago, we started doing summer bike journeys to different parts od europe. Our choice last year was Norway, which was amazing and beautifull, but in the same time quite rough. Mainly because of the rainy weather, steep hills, and also heavy baggage, which carried food for 14 days.

Therefore, when we were deciding where to go this summer, we all agreed to make it this time in more chill way, and finally decided to explore Latvia and Estonia.

We drove from Prague to Riga, where we left the car, and then spend 14 days in north Latvia and west estonia, riding through Pärnu, Saaremaa and Hiumaa island, Tallin, and through inland back to Riga, where we had on tachometer final distance little over 1300 km.

Two guys of us rode fixie with backpack only, two another guys were more comfortable, and rode cross bikes with both front and rear carrier. I really enjoyed this minimal feel riding such a trip on fixie and all stuff in my backpack, but my ass unfortunately didn´t feel the same. So i made after few days this diy wooden carrier, using shape of road bars, which sometimes carried all my stuff, packed just in plastic tarpaulin (which we used also as a tent) with no problems.

This multicog flip flop hub use is actually ,,invention“ I started to use in prague because of track, where i want to switch to a heavier gear without need of getting down the cog, which can be quite annoying sometimes, and get used to it even on trips or trainings, were you sometimes aprecciate the existence of lighter/heavier gear.

We enjoyed baltic a lot, especially coast, swimming and sleeping on the beaches, exploring cities and meeting new people there. Personally I found Riga very exciting, love that rush in the streets, with contrast of peace near the sea bay, big amount of people riding amazing rats in the city, and finally also great atmosphere in brücklene shop, where i was sent by one fixie guy, who i met in the centre of the town. Definetly will be back in near future to spend more time in Riga.” 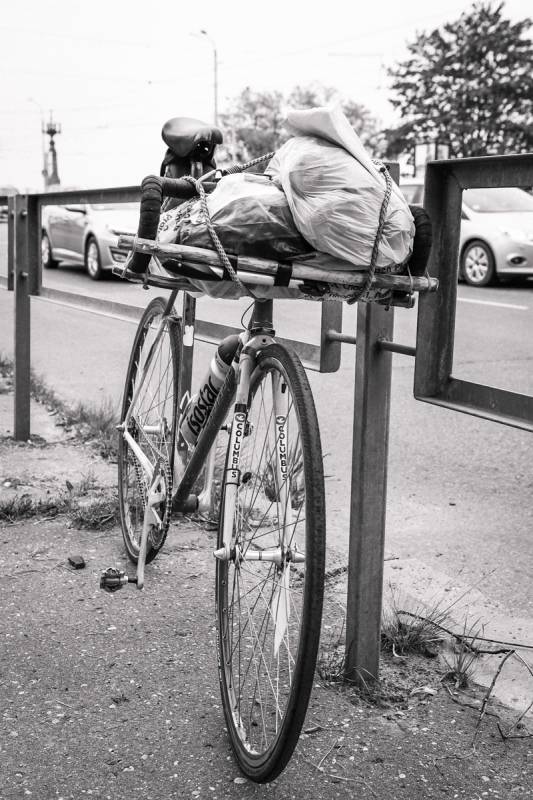 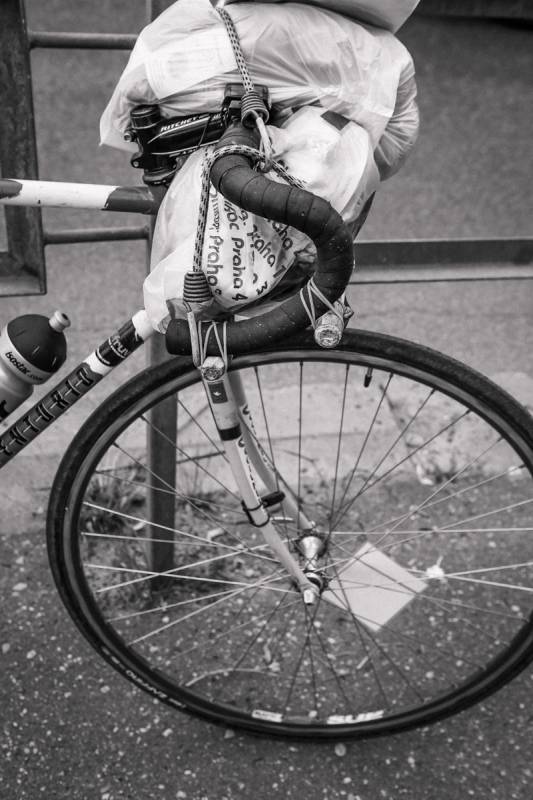 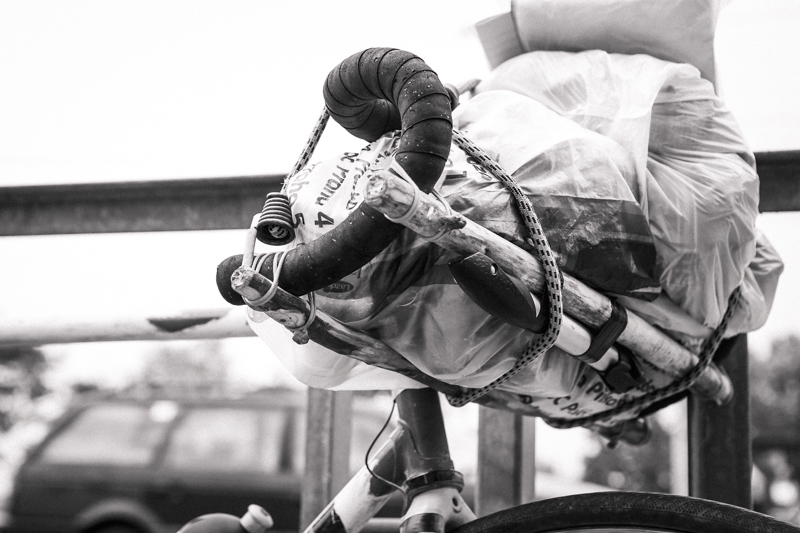 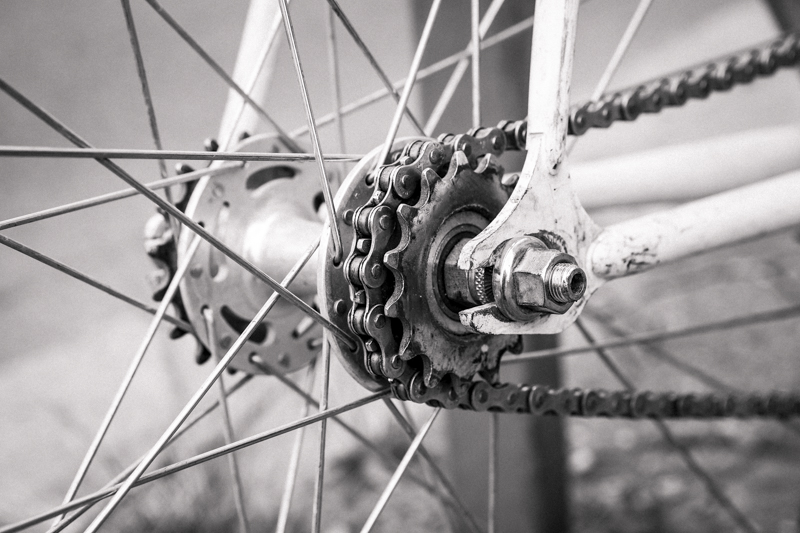 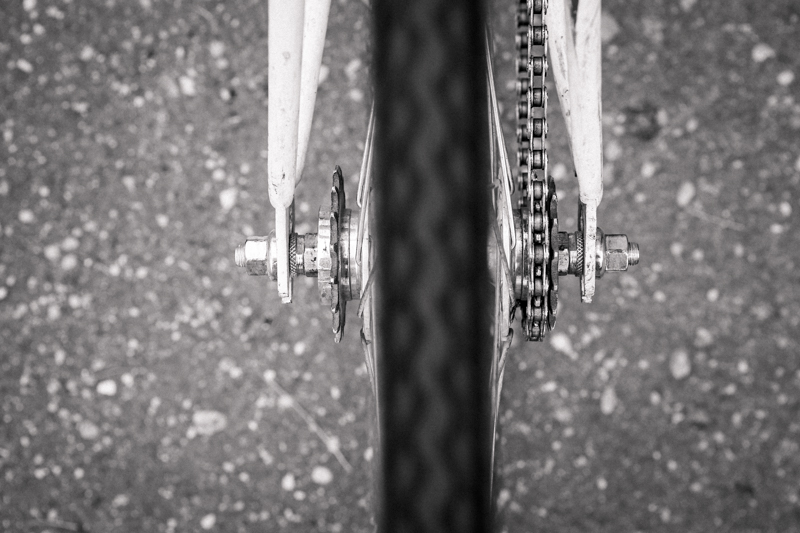 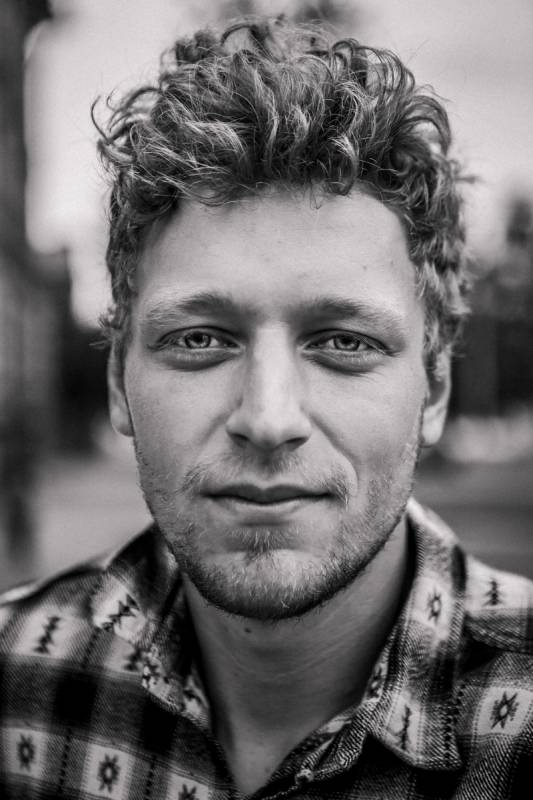